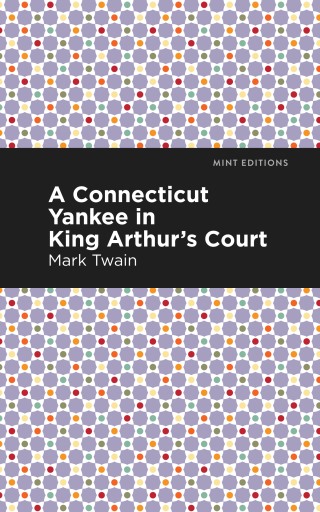 From the author of countless esteemed classics such as The Adventures of Huckleberry Finn, , Mark Twain’s A Connecticut Yankee in King Arthur’s Court follows an American engineer named Hank Morgan. When Hank suffers from a severe head injury, he falls unconscious, only to wake up in the medieval Camelot years. Learning that he has somehow traveled through space and time to be present in 6th century England during the time of King Arthur’s rule, Hank is shocked and worried when he is discovered by guards. However, after the initial confusion and concern, Hank understands the potential of his situation, and decides to use his future knowledge for the good of the people now around him. Of course, the subjects of King Arthur’s kingdom were skeptical of him, and consequently, soon after Hank arrived his execution was scheduled. However, because of Hank’s knowledge, he is able to trick the people, including the king himself, into thinking that he has special powers. After using a solar eclipse to “prove” his ability, Hank is elected into a position of power, using his new authority to modernize and Americanize the medieval people. Accepting the kingdom as his new home, Hank build relationships and feels that he is making an immense difference in the lives of King Arthur and his subjects. But when the Catholic church grows uneasy about Hank’s new influence and ideas, Hank finds himself in even more danger than he was in when he was scheduled for death row. A Connecticut Yankee in King Arthur’s Court by Mark Twain is a classic comedy that features reflective and fascinating topics of social justice and science. Though originally published in 1889, A Connecticut Yankee in King Arthur’s Court addresses social and political issues that are still relevant today and even predicted the first world war. With an anecdotal narrative, Twain delivers a compelling plot with humorous prose and discussion of serious societal concerns. This edition of Mark Twain’s A Connecticut Yankee in King Arthur’s Court features a striking new cover design and is printed in a modern font to accommodate to the desires of a contemporary audience.

Mark Twain (1835-1910) was an American humorist, novelist, and lecturer. Born Samuel Langhorne Clemens, he was raised in Hannibal, Missouri, a setting which would serve as inspiration for some of his most famous works. After an apprenticeship at a local printer’s shop, he worked as a typesetter and contributor for a newspaper run by his brother Orion. Before embarking on a career as a professional writer, Twain spent time as a riverboat pilot on the Mississippi and as a miner in Nevada. In 1865, inspired by a story he heard at Angels Camp, California, he published “The Celebrated Jumping Frog of Calaveras County,” earning him international acclaim for his abundant wit and mastery of American English. He spent the next decade publishing works of travel literature, satirical stories and essays, and his first novel, The Gilded Age: A Tale of Today (1873). In 1876, he published The Adventures of Tom Sawyer, a novel about a mischievous young boy growing up on the banks of the Mississippi River. In 1884 he released a direct sequel, The Adventures of Huckleberry Finn, which follows one of Tom’s friends on an epic adventure through the heart of the American South. Addressing themes of race, class, history, and politics, Twain captures the joys and sorrows of boyhood while exposing and condemning American racism. Despite his immense success as a writer and popular lecturer, Twain struggled with debt and bankruptcy toward the end of his life, but managed to repay his creditors in full by the time of his passing at age 74. Curiously, Twain’s birth and death coincided with the appearance of Halley’s Comet, a fitting tribute to a visionary writer whose steady sense of morality survived some of the darkest periods of American history.